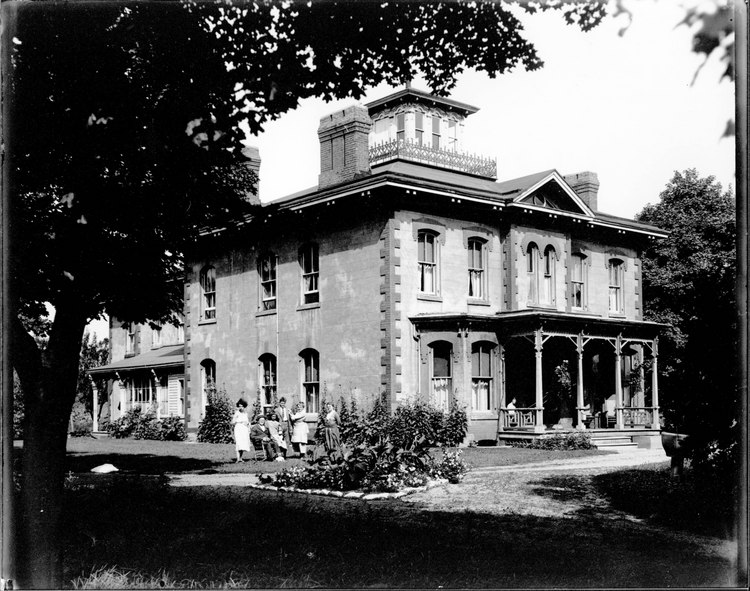 Originally know as Glenview and more recently as the Pink Palace, this beautiful Victorian mansion was built by John Drew around 1865. The 27-room home was situated on an 85-acre estate that included fields, orchards, vineyards, stables, tennis courts and a grist mill. The property stretched from River Road west to Victoria Avenue and from the rail yards north to the Whirlpool. John Drew was the first of three prominent owners who played an important role in the history of Niagara Falls. Mr. Drew was a masonry contractor whose company built Clifton Town Hall which is still standing in front of the present city hall (Clifton changed its name to Niagara Falls in 1881). In 1860, Mr. Drew began the first of several terms as a Clifton town councillor.

Dr. John Ferguson was the second owner of Glenview and a Conservative MP for Niagara Falls from 1882 to 1891 after which time he was appointed as senator. Described as "wealthy, well-travelled, suave and generous", Dr. Ferguson "entertained lavishly, holding dress balls and garden parties." Dr. Ferguson died around 1893 and Glenview was purchased by Robert P. Slater, a wealthy businessman and mayor of Niagara Falls from 1899 to 1901. Mr. Slater divided the Glenview estate into lots with the streets we know today and was key in bringing industry and hydro-electric development to the City of Niagara Falls. Glenview stayed in the Slater family until 1965 and was divided into apartments sometime in the mid 1950s. The house was painted pink for many years, thus it’s nickname the Pink Palace.

It is rumoured two murders took place just outside of the mansion, the first in the late 1800s and the second in the early 1900s.  The first story centres around a thief who tried to sell the home (which he didn’t own) to a recent immigrant. Details of this story are sketchy but it ultimately ended in the murder. The second story concerns the murder of a man and woman who had attended a party at Glenview and were waiting in the driveway for their horse-drawn carriage when they were attacked and killed. According to local legend, apparitions of a horse-drawn carriage coming up the main driveway as well as trails of blood streaming down the driveway have been seen on the anniversary of their murder. 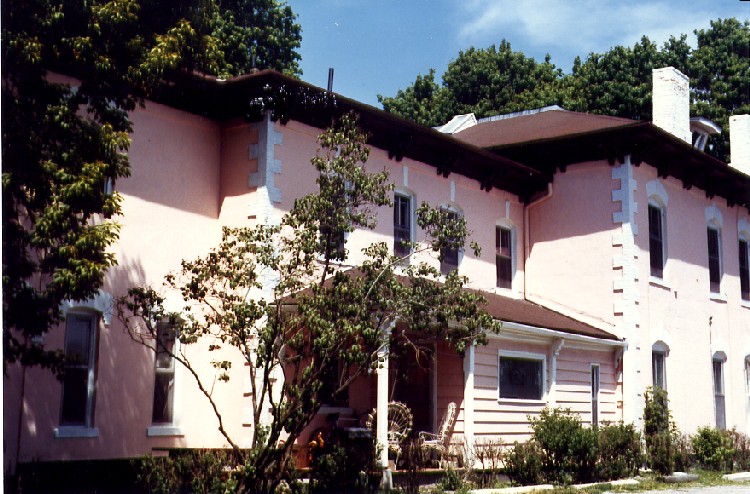