Click here to learn more about how are our library services affected by the current provincewide shutdown.
Skip to main content
body

Traversing the Rapids
Tightrope Walkers
Over the Falls
Other Stunts

The lure of conquering the Horseshoe Falls has enticed a wide variety of risk-takers. Barrels, rubber tires, kayaks and even jet-skis have been used by adventurers in their quest for fame and fortune. 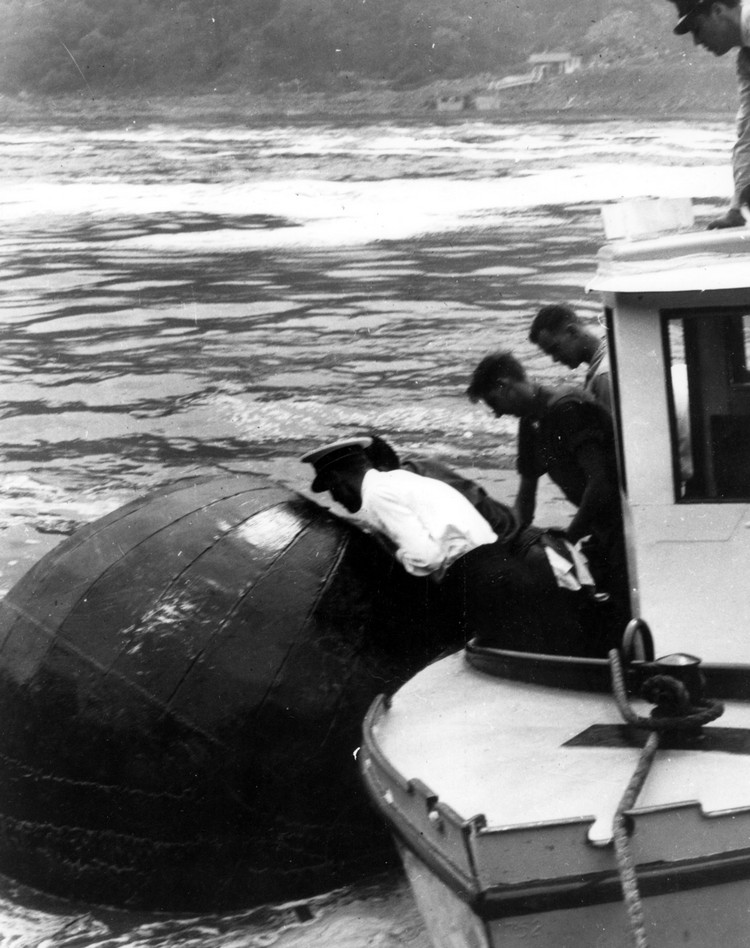 William Fitzgerald alias Nathan Boya became the first African-American to go over the Horseshoe Falls on July 15, 1961.He travelled in a large rubber ball which was fully six feet in diameter. He suffered a few minor cuts and bruises and duly paid his fine of $113. 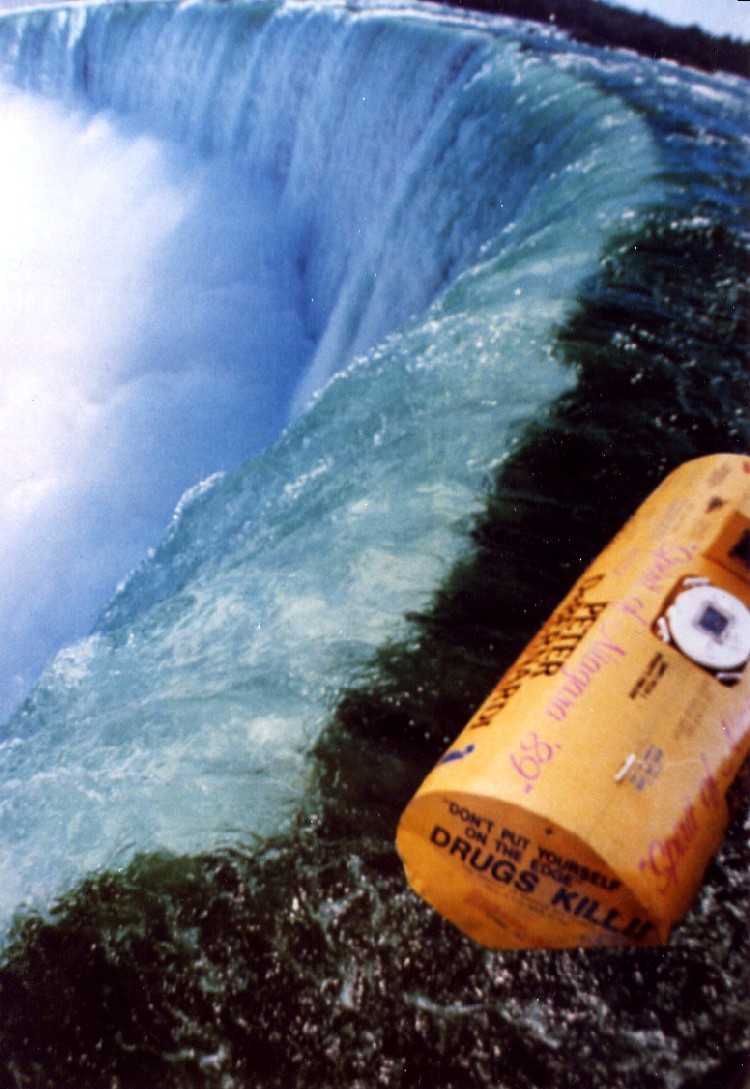 Peter DeBernardi and Jeffrey Petkovich suffered only cuts and bruises after plunging over the Horseshoe Falls in a home-made barrel and becoming the first double stunters, September 28th 1989.  "What a ride, what a ride" exclaimed DeBernardi as they exited the barrel, according to the Niagara Falls Review. 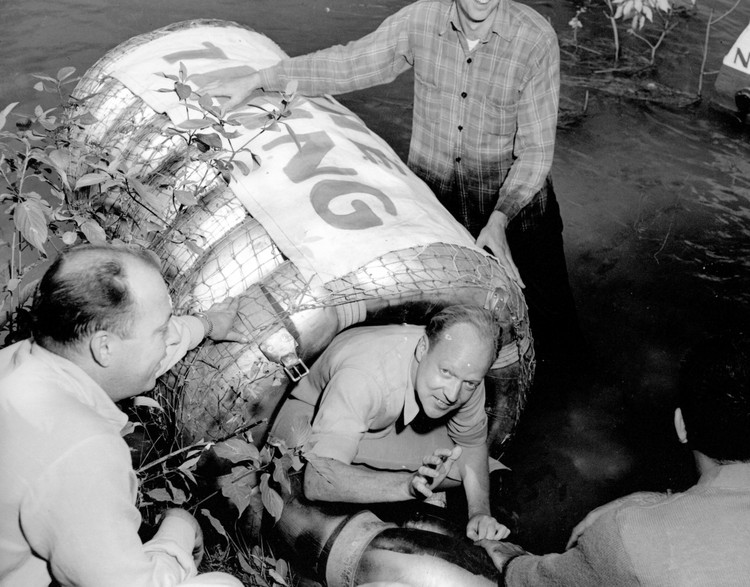 William "Red" Hill Jr, son of the famous Riverman Red Hill, died attempting to go over the Horseshoe Falls in a flimsy contraption of inner tubes and netting. His body was recovered the next day, August 6, 1951. 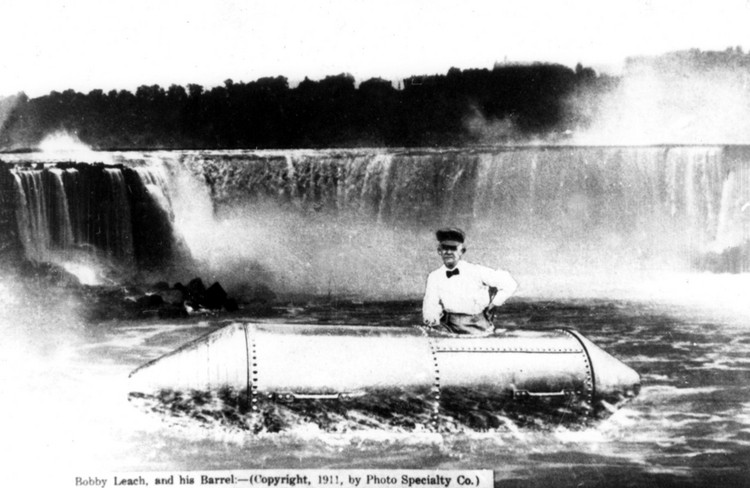 ·         a parachute jump from the Upper Suspension Bridge into the River, just upstream from the Rapids 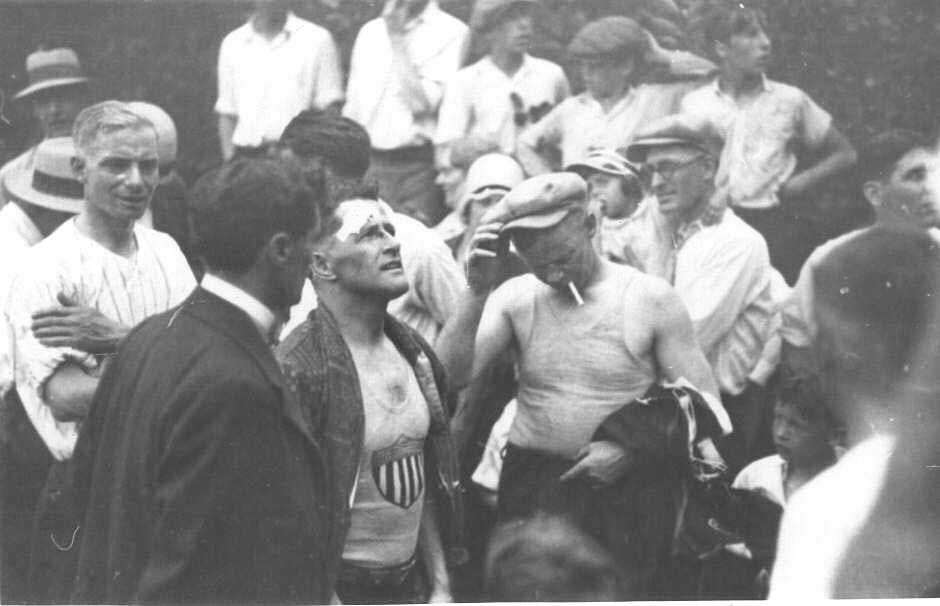 Joseph Albert Lussier, alias Jean Lussier was French-Canadian. In 1928 he went over the Horseshoe Falls in a very large and heavy rubber ball built around a steel frame. He survived and became part of the lecture circuit speaking about his adventure. 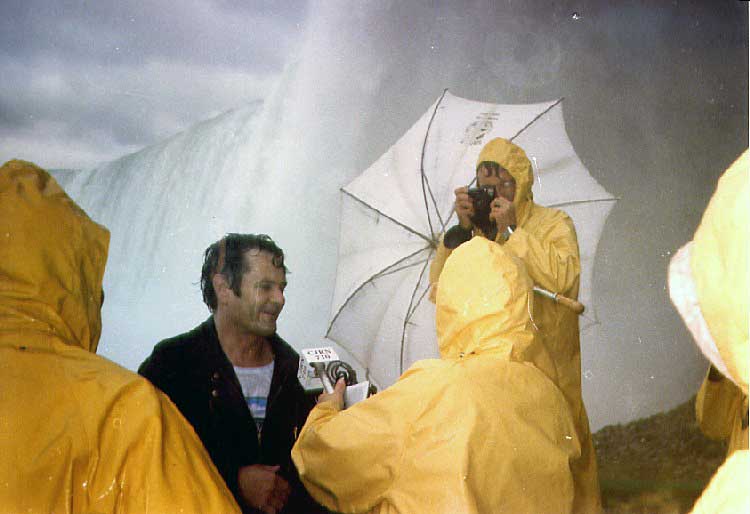 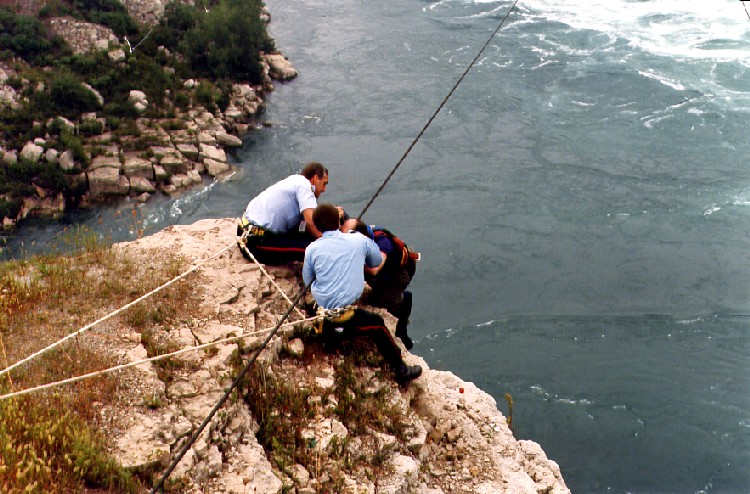 Jeffrey "Clyde" Petkovich and Peter DeBernardi suffered only cuts and bruises after plunging over the Horseshoe Falls in a home-made barrel and becoming the first double stunters, September 28th 1989.  "What a ride, what a ride" exclaimed DeBernardi as they exited the barrel, according to the Niagara Falls Review. 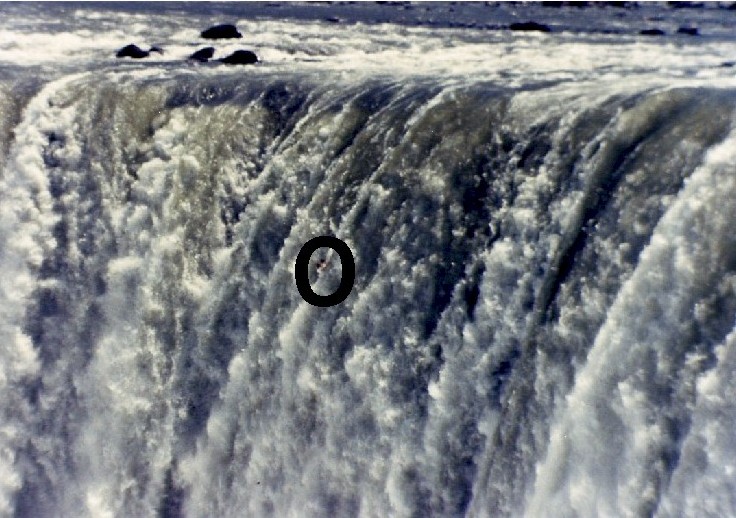 On June 5 1990 Jesse Sharp attempted to kayak over the Horseshoe Falls. He was unsuccessful. His kayak was recovered at the base of the Falls on the Canadian side in almost perfect condition. A paddle was recovered on the American side. 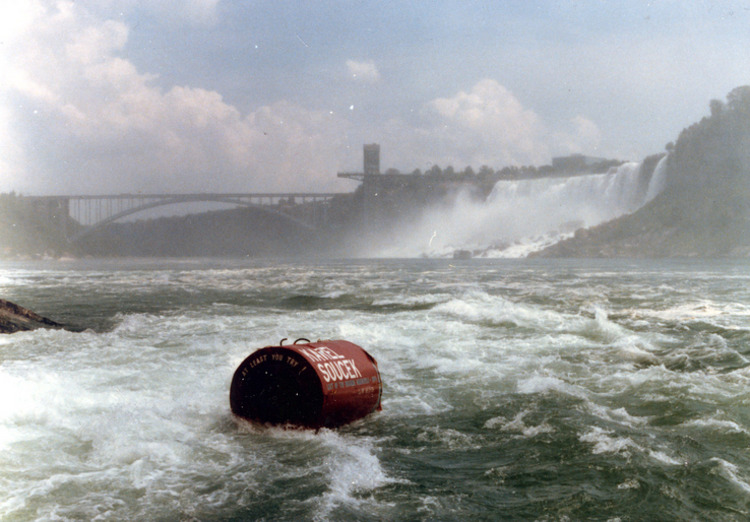 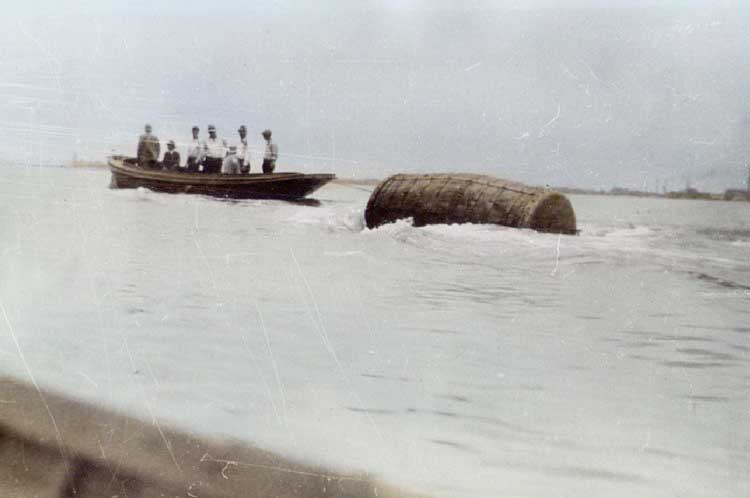 George L. Stathakis was 46 years old and from Buffalo. His intention was to make money by selling the movie rights to his trip over the Horseshoe Falls in a barrel. Also along for the ride was his pet turtle "Sonny Boy". "Sonny Boy" survived but George, alas, did not. The trip on July 5, 1930 was successful but the sheer force of the water kept the barrel submerged and the limited oxygen supply ran out. 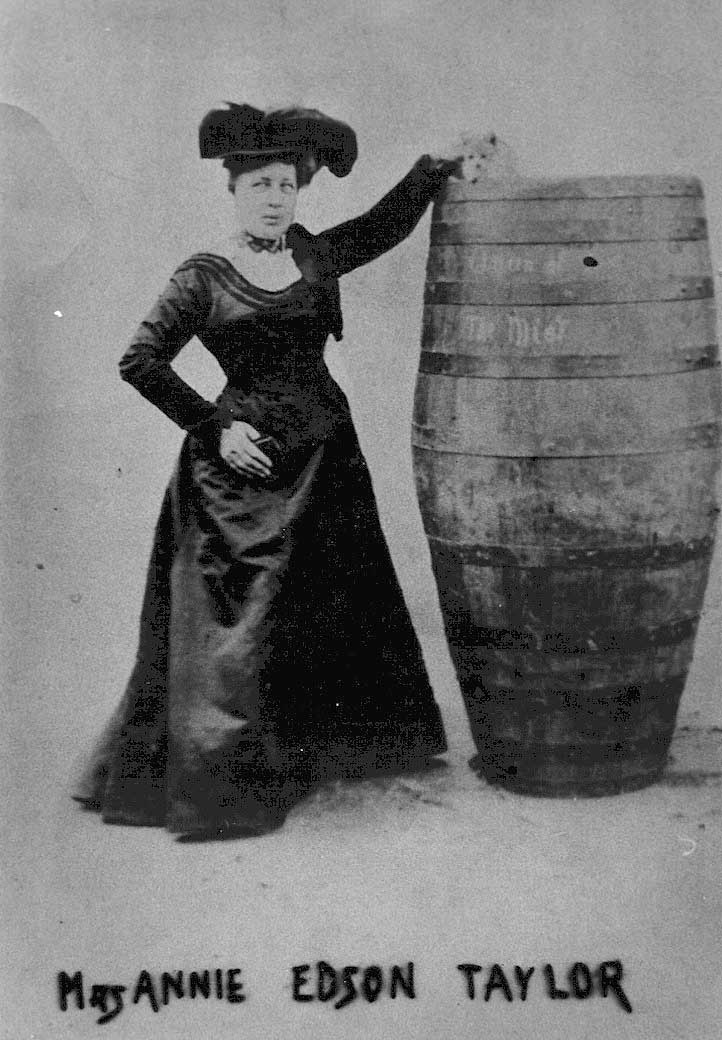 On Thursday October 24, 1901 Annie Taylor became the first person to go over Niagara Falls in a barrel. She was a widowed schoolteacher from Michigan, desperate for money. It was her 46th birthday (she said), but it is now believed that she was in her sixties. She made the journey relatively unscathed, just one small cut on her forehead. Unfortunately for Annie she was not a success on the speaking circuit and her dreams of making enough money to pay her debts did not materialize. She died a pauper in 1921. 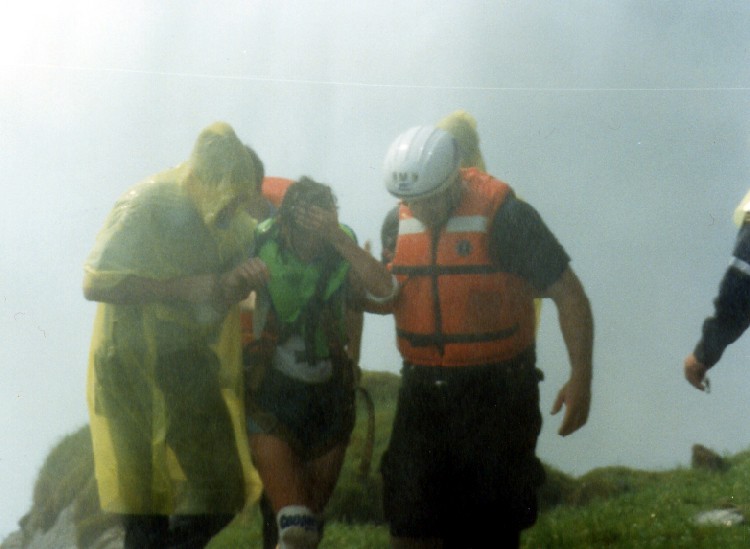 Steven Trotter jammed himself into a pickle barrel Sunday September 18th 1985 and became the 9th person to go over the Horseshoe Falls and survive. The Niagara Falls Review said "Trotter emerged from his home-made rubber barrel moments after making the 55 metre (180 feet drop) at 8:03 a.m.. Mr. Trotter was uninjured except for a small scratch on his right arm..."  On June 18th 1995 Trotter with Lori Martin  became the first male-female duo to go over the Falls in a barrel. They suffered only minor scratches and bruises. Trotter said he did the stunt as a Father's day gift .